BACK TO ALL PROJECTS

The South Jetty Repair Project involved the rebuilding and enlargement of the existing Charleston Harbor Entrance South Jetty where it terminates on Morris Island. The project repaired 350’ of the jetty. Approximately 9,000 tons of large granite rip rap was used. Since Morris Island is not accessible by vehicle, the rip rap was barged to the west side of the island. Once there, a crane and large clamshell bucket loaded off-road dump trucks. The trucks transported the rip rap across the island and then down the beach to the jetty site. At the jetty, a large excavator with a thumb placed the stone. Some placement was done from the beach and some with an excavator on mats on top of jetty. Most of the repair work was within the tidal zone. 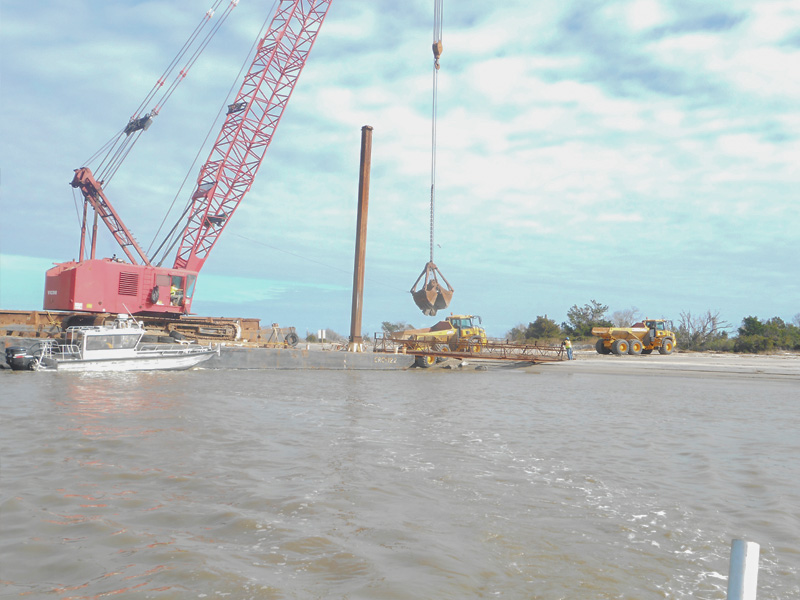 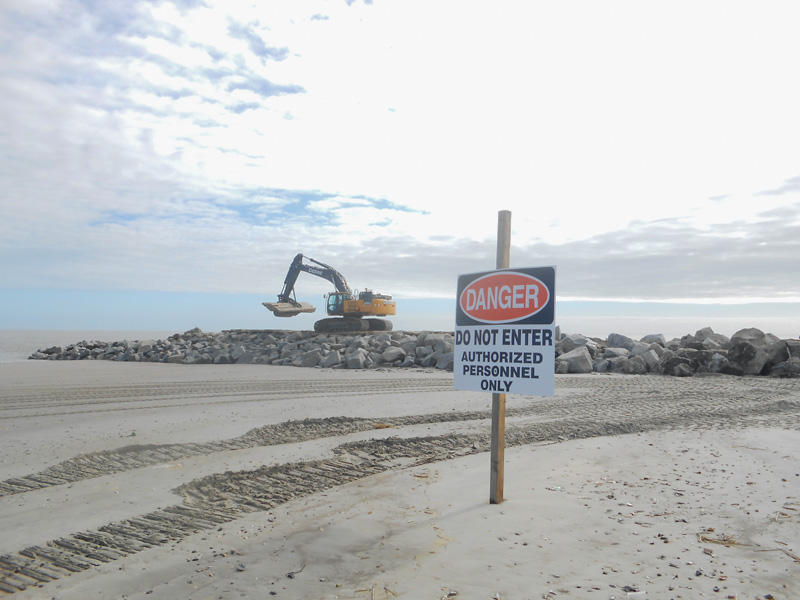 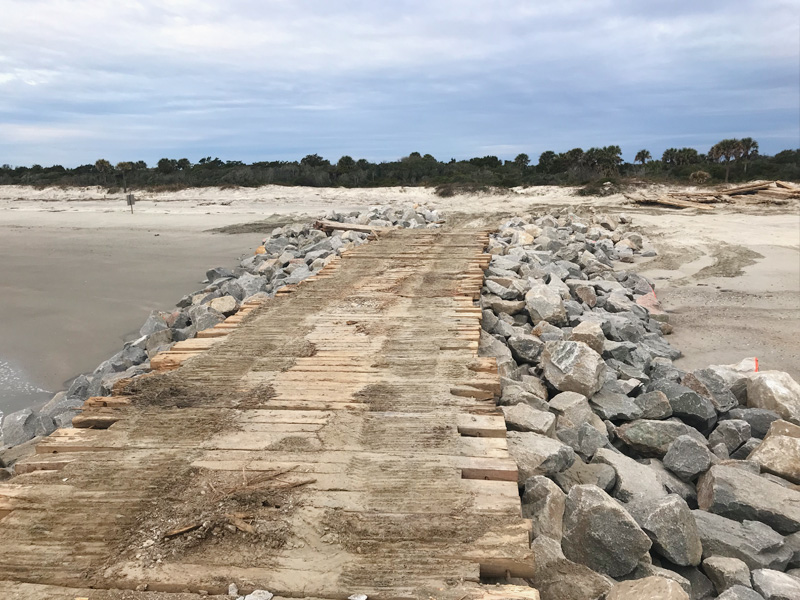 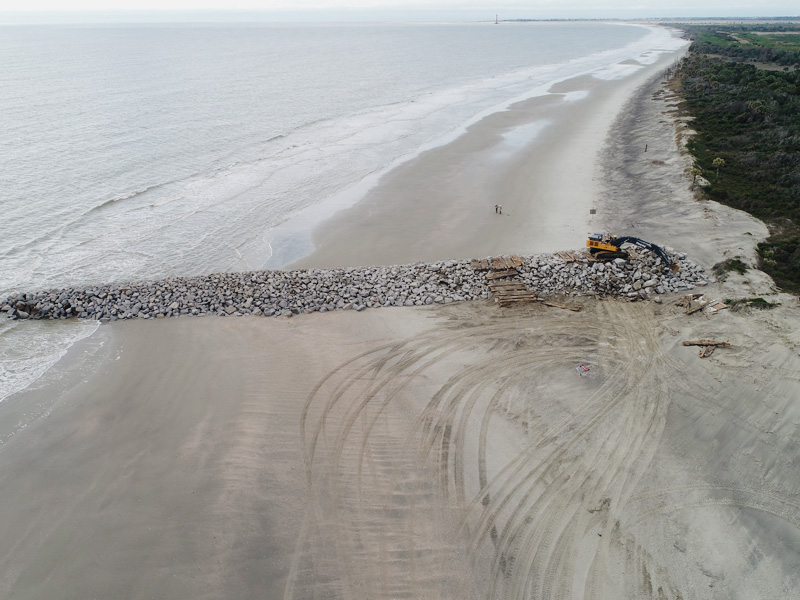